Our call to action: Drop the Gun, Keep the Peace 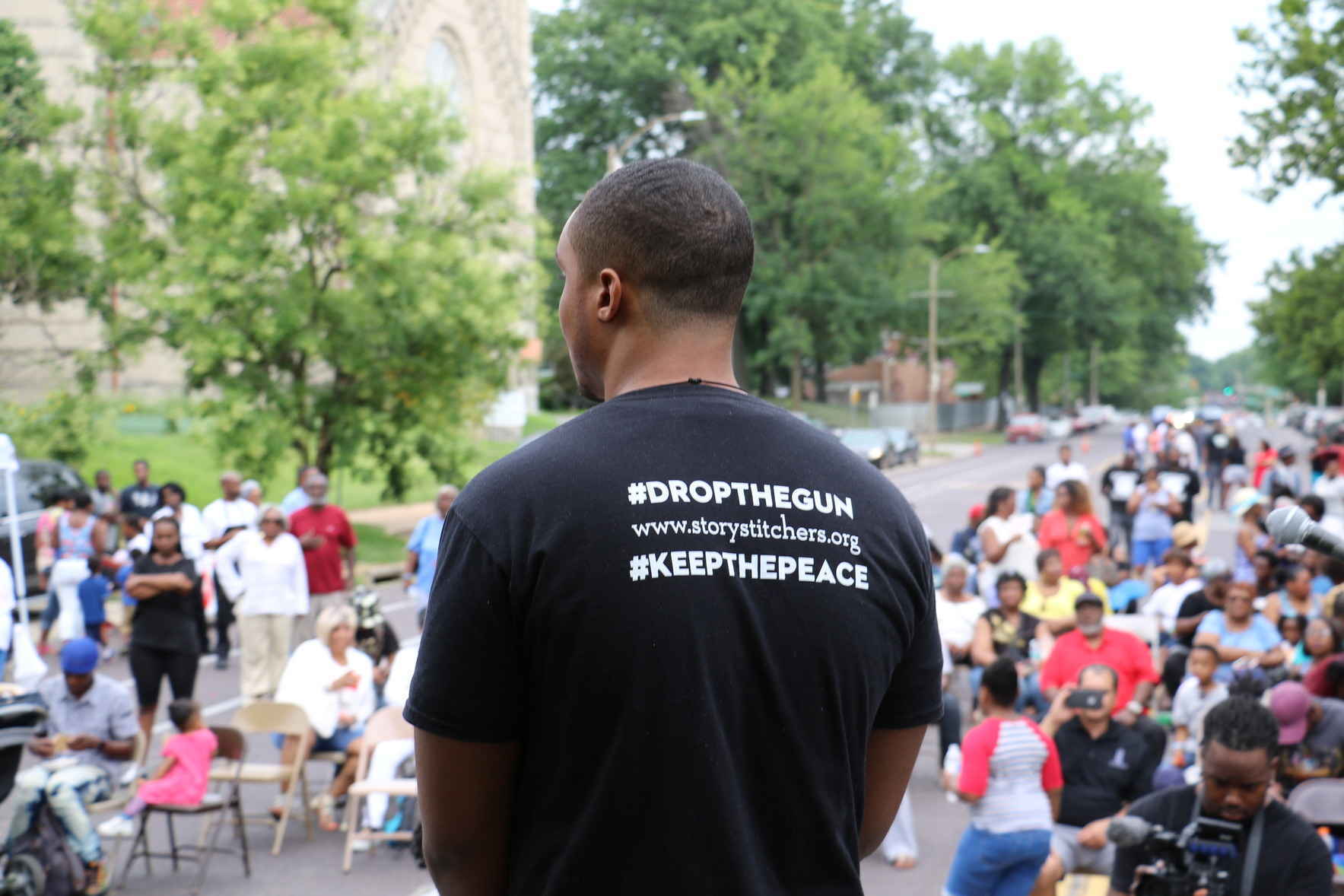 We are no longer accepting donations on this campaign, but there are other ways for you to support us today!

Once upon a time there was a stitcher who liked to embroider stories from the newspaper. One day she was stitching about two sisters who were shot on their porch in University City. One sister died. Two brothers were arrested for the crime. The stitcher reflected on the power of stitching throughout history; of the Aids Memorial quilt and quilts on the Underground Railroad. She determined to join with others to create change. In August 2013 eight artists gathered in Old North St. Louis and founded the Saint Louis Story Stitchers Artists Collective — to make change.

The Saint Louis Story Stitchers Artists Collective is professional artists and minority youth ages 16-24, working together to create social change with a focus on gun violence prevention. Stitchers collect stories, reframe and retell them through art, writing and performance to promote understanding, civic pride, intergenerational relationships and literacy. Projects create a platform for community engagement through an artistic lens and with it the Saint Louis Story Stitchers work to shift perceptions and realities and bring hope to the Saint Louis community.

In St. Louis in the past five years, 15,000 victims were murdered, shot or robbed at gunpoint. Over 90% of St. Louis residents who were killed by guns were African-American, and two-thirds were under the age of 30. The Circuit Attorney reports there were 2,092 shootings in 2015 and half involved youth age 25 or under.

Your generous donation will directly support mentoring, vocational training and community service opportunities for our youth.

Help us spark a movement to end the violence! Who's ready?